Cities under treat of Pollution

India is once again heading into the worst time of year for air pollution, a season where the country’s notoriously poor quality becomes even more toxic.

Soot, dust, ozone, and sulphur oxides are a growing threat for billions of people around the world. The World Health Organization reported this week that 93 percent of all children in the world breathe air with pollution levels that exceed their guidelines.

A whopping nine in 10 people on Earth breathe highly polluted air, and more than 80 percent of urban dwellers have to endure outdoor pollution that exceeds health standards, according to the WHO’s World Global Ambient Air Quality Database.

Many different air pollutants can impact health — nitrogen oxide, carbon monoxide, and ozone, among them. But the database classifies air pollution in two ways: by PM2.5, particles smaller than 2.5 microns in diameter, and by PM 10, particles that are 10 microns in diameter. The smaller PM2.5 particles from sources like open flames and diesel exhaust can linger in the air longer and penetrate deeper into the lungs than larger particles, which is why they’re the bigger concern for health officials and a high-priority target for reduction.

Technically, the WHO doesn’t treat its data as a ranking but rather a measurement of where risks are. But it’s clear from the report that India is one of the riskiest countries in the world to breathe, up there with Bangladesh and Georgia. When it comes to comparing PM10 measurements of the world’s largest cities, India’s capital Delhi comes in with an annual average of 292, ahead of Cairo (284), Dhaka (147), Mumbai (104), and Beijing (92), the Washington Post noted..


Though you can find unhealthy air in pretty much any country, the worst pollution these days is accumulating in developing countries with growing populations. The highest-ranking city from an OECD country in the PM2.5 list is Hobart, Australia, coming in at 206.

“Air pollution threatens us all, but the poorest and most marginalized people bear the brunt of the burden,” said Tedros Adhanom Ghebreyesus, the WHO’s director general, in a statement.

Cookstoves, heating fuel, and kerosene lighting are all common sources of pollution in big cities in developing countries. Poor governance is also a major factor in pollution since lax enforcement of standards for car exhausts, crop burning, or dust from construction sites leads to more particulates in the air.

Some countries like China are making progress. Cities in China have moved down in the rankings, and the government is seeking reforms to keep pollution in check as dirty air has become an increasingly volatile public concern. 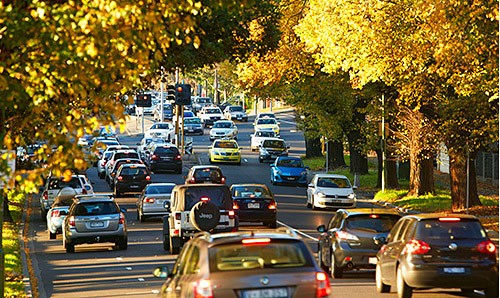 Dozens of other Indian cities are dealing with severe pollution too, but many of the particulates that blanket the metro regions originate in rural areas, and rural areas are just as badly affected by poor air, if not more so. In 2015, about 75 percent of deaths linked to air pollution in India, some 1.1 million people, occurred in rural areas.

Two-thirds of India’s population still lives outside of cities, and 80 percent of these households rely on biomass like wood and dung for cooking and heating. Agricultural practices like burning crop stubble also remain widespread.

This smoke can then waft over major cities such as Chennai and Mumbai, where it commingles with traffic exhaust, factory emissions, and construction dust. It can also get trapped by inland by features like hills and mountains, leaving few areas in the country where Indians can breathe easy.

“This region is land-locked — pollution cannot dissipate quickly — and does not have the advantage of the coast like Mumbai or Chennai,” Anumita Roy Chowdhury, head of the air pollution and clean transportation program at the Delhi-based advocacy organization Center for Science and Environment, told the Indian Express. “Also, a lot of the smaller cities have poor waste management, there is a lot of burning, solid fuel use, they are moving from non-motorised to motorised transport. Chulhas [cookstoves], we know, contribute to 25 percent outdoor pollution in India.”

These stoves also cause pollution indoors, which is especially dangerous for children, according to the WHO. The latest report found that mothers in India were more likely to deliver underweight babies in households that used wood or dung as cooking fuel. Children were more likely to develop asthma and acquire infections like tuberculosis.

The other major cause of India’s pollution problem is politics. Kirk Smith, a professor of global environmental health at the University of California Berkeley, observed that there are anti-pollution laws in India but they aren’t enforced well, so while major cities can ban pollution sources like brick kilns from within their boundaries, they can’t stop exhaust from blowing over from the perimeter.

Controlling this kind of pollution requires coordinating across city and provincial boundaries over a geographic basin, but rural politicians and urban politicos in India have vastly different constituencies, making it difficult for urbanites to convince farmers to use less polluting practices or for rural people to ask city dwellers to drive less.

He also noted that the WHO’s list of most polluted cities should be viewed with caution. Pollution can vary drastically over small areas, and many of the cities on the list are reporting data from just one air quality monitor, which may not be representative of the true picture of pollution in the city.

As for India’s sudden rise in the rankings, a big factor is that pollution in many of these cities is being measured and reported for the first time, meaning the problem may have always been there but hadn’t drawn the same level of attention. 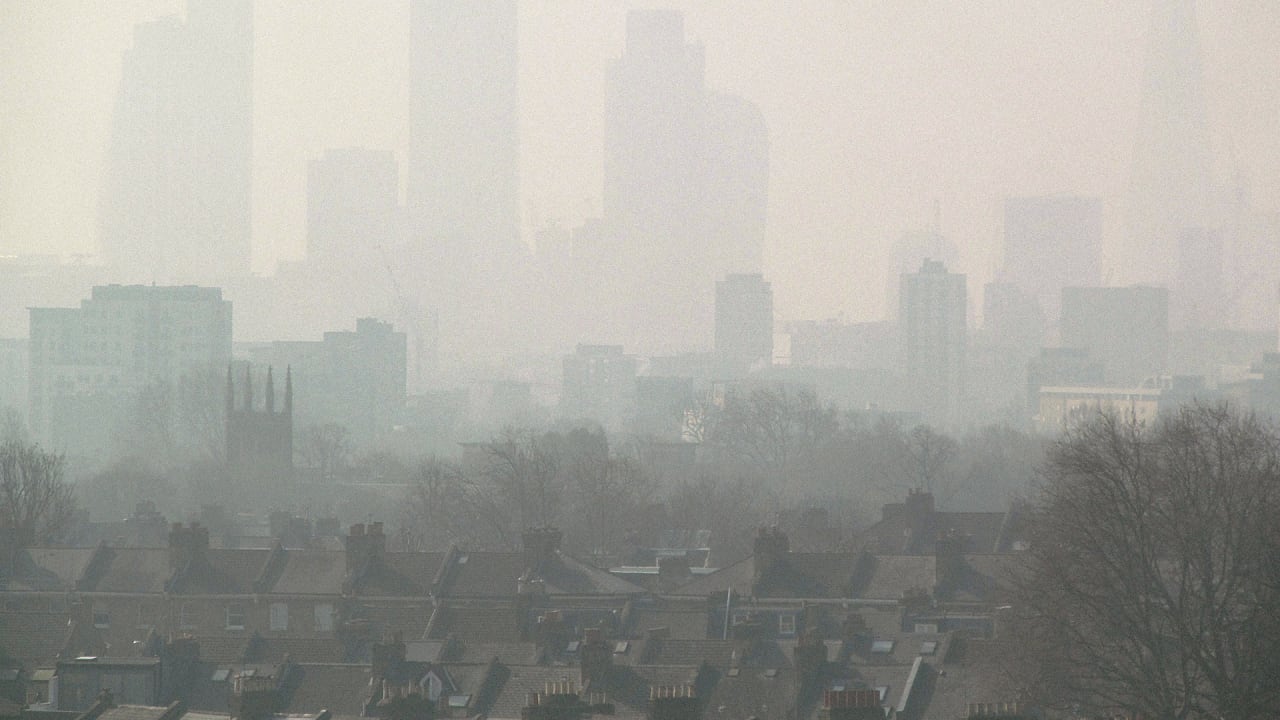 Nearly one half of all Americans—an estimated 150 million—live in areas that don’t meet federal air quality standards. Passenger vehicles and heavy-duty trucks are a major source of this pollution, which includes ozone, particulate matter, and other smog-forming emissions.
The health risks of air pollution are extremely serious. Poor air quality increases respiratory ailments like asthma and bronchitis, heightens the risk of life-threatening conditions like cancer, and burdens our health care system with substantial medical costs. Particulate matter is singlehandedly responsible for up to 30,000 premature deaths each year.
Passenger vehicles are a major pollution contributor, producing significant amounts of nitrogen oxides, carbon monoxide, and other pollution. In 2013, transportation contributed more than half of the carbon monoxide and nitrogen oxides, and almost a quarter of the hydrocarbons emitted into our air.


Motor vehicles are the major source of urban air pollution. In Melbourne in 2006, motor vehicle emissions contributed the following levels of pollutants to the overall air quality:

Nitrogen oxides (NOx) and volatile organic compounds (VOCs) can combine to form ozone (summer smog). Particle emissions can build up in the air to form autumn/winter smog in the cooler months. Both diesel and petrol vehicles emit particles into the air. 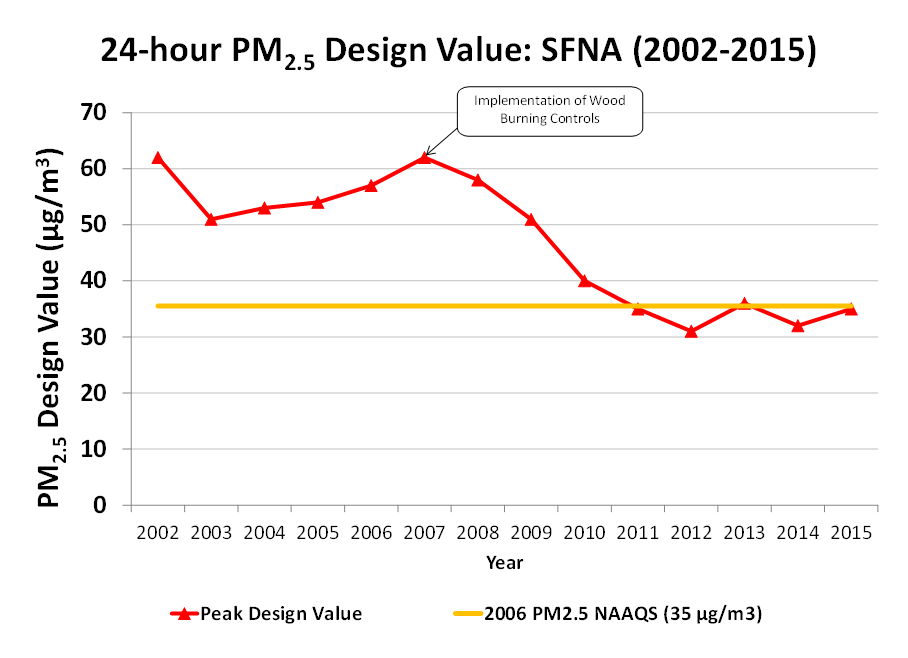 Despite increasing use of motor vehicles, their emissions have been dropping since 1990. EPA’s air monitoring stations have found nitrogen dioxide (NO2) and carbon monoxide (CO) levels have been steadily reducing since monitoring began. The number of summer smog days in Melbourne has decreased from 18 events per year down to about one event every two years. Furthermore, with the introduction of unleaded petrol the amount of airborne lead has decreased so much EPA stopped monitoring for this pollutant in 2005.

Some aspects of motor vehicle emissions are expected to increase over time – these include particles from road dust, brake wear and tyre wear. These emissions increase directly with traffic volume. Fortunately these are a relatively minor source of particles in Melbourne’s air.

Although there have been major improvements over the last 30 years, motor vehicles are still a significant source of air pollution. You can help reduce pollution from your vehicle, and make a difference to air quality.

The Regulations aim to minimise the negative impacts on Victorians and the environment of air and noise emissions from motor vehicles and the release of petrol vapours relating to the production of petrol.


Modifications to vehicle exhausts, including Diesel Particulate Filters (DPFs), cannot be approved by EPA. DPFs are installed to reduce the health effects of particles created during the diesel combustion cycle.

If you have concerns about your DPF, please contact your vehicle service centre for assistance. If you are concerned about a hot DPF causing ignition of dry grass, the service centre may recommend installing heat shielding. If the concern cannot be addressed by the recommended means and the vehicle requires further modifications, please contact VicRoads Vehicle Safety and Registration Services at vscinfo@roads.vic.gov.au.